The wait is finally over and Top Chef is back! To celebrate the 10th year of the show and the 13th season the chefs are going on a Golden State anniversary tour!

The chefs will travel to many different cities including LA and San Diego. The tour will end in San Fransisco, culminating where it all began ten years ago. 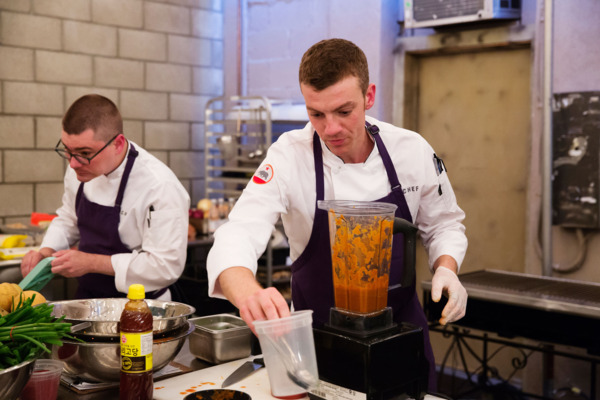 The field of chefs this year is deeper than ever. Within the first few minutes of the episode we learn that all but one chef are executive chefs and several have won James Beard Awards. There is one familiar face in the room, however. Greyson Schmitz, the overly dramatic chef from Top Chef: Texas has returned to prove that she packed her knives too quickly.

This season is jammed packed with talent, but also A LOT of chefs. The next few episodes will trim the fat for the real competition. The judges will sadly send those cheftestants packing, leaving room to learn the names of the REAL competition. 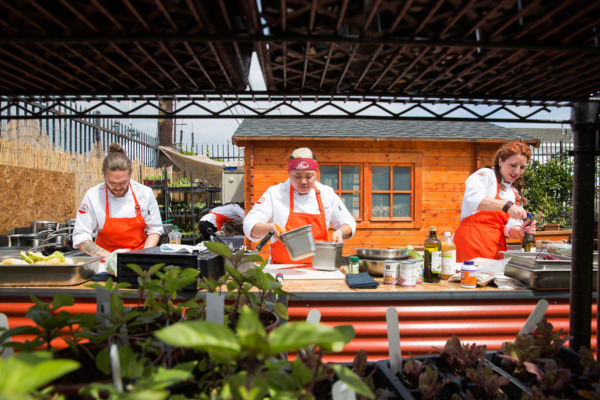 Here’s a highlight of who to watch out for and those contestants not to worry about.

Angelina is the youngest chef in the competition, but she is hoping her lack of experience won’t put her behind. She is currently living in Miami and working as an executive chef. However, her lack of creativity and inventiveness landed her in the bottom three in the first episode with her goat cheese croquette. She played it WAY too safe, which in this competition  really won’t get you far at ALL.

While I admire her determination and creativity, it might have been a little much for the judges. Frances is from New York and is the Executive Sous Chef at Catch NYC. Her mung bean soup with bitter melon just did not leave an appealing taste in the judges mouths. If she can combine that creativity with strong flavors, she might have a chance to break into the top. 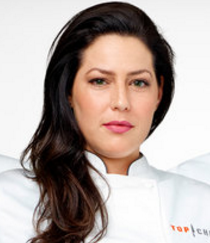 Now while Greyson just simply followed the rules for the challenge, nothing stood out. From the sounds it, basically anyone who called their local Italian restaurant could have tasted what she put out for the judges. Hopefully, Greyson can find her way back to the top, otherwise it was a waste of a redemption trip.

Jeremy was able to take the first win of the night, hopefully continuing the tradition that the winner of the first challenge is also the winner of the season. Jeremy was able to wow the judges with a perfectly executed Pacific snapper crudo with kombu gel. (Couldn’t even begin to tell you what kombu gel is, but is sounds very fancy.) Only time will tell if he can keep his reign and stay towards the top.

Amar definitely had the most interesting and best tasting meal of the night. He was able to take classic pork belly meatball and one-up the dish by pairing it with a cream cheese purèe with “everything bagel” spices. He is showing everyone he is here to win.

Carl kept it simple, but was able to make his ingredients shine, giving his a spot in the top. His carrot soup was packed with Turkish spices and left a memorable taste with the judges. Carl seems like one to watch out for. He reminds me of Kevin from a few seasons back who cooked with simple ingredients, yet always executed perfectly.

Check out Top Chef on Bravo tonight at 10 to see the next eliminated chef!