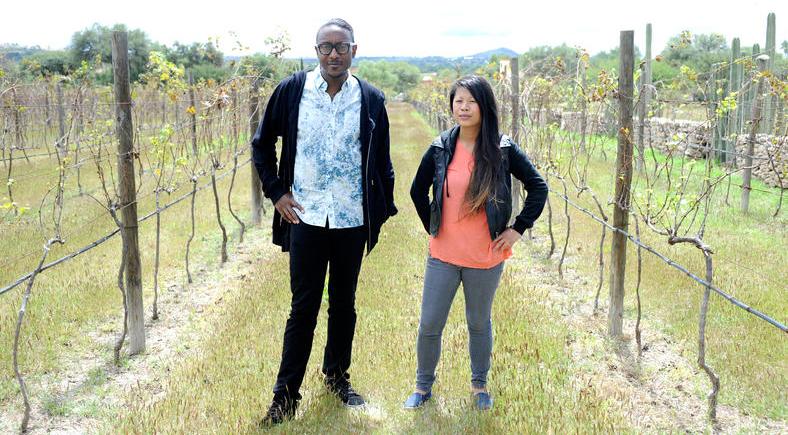 After 30 plus challenges, 14 eliminations, and two cities later the Top Chef finale finally arrived. In the last episode, “Mano a Mano,” we watched Mei and Gregory battle it out for the coveted title of Top Chef. Gregory and Mei have been the top two contenders throughout the entire competition. Coming into the finale, Gregory had one up on Mei with winning four eliminations challenges while Mei only won three. The competition was at a dead heat and this last challenge in Mexico would decide who would be Top Chef.

Before the competition got heated, the two remaining chefs were treated to a hot air balloon ride. Immediately upon landing the games began. The chefs were able to grab two sous chefs from the remaining contestants. Gregory went first and chose Doug and George, which was really no surprise. Mei picked Melissa (shocker!) and then went with Rebecca. It was a smart move by Mei to grab the pastry chef when she was planning on making dessert. The challenge was then explained to the contestants. It was simple, make the best four-course meal of their lives. Nothing else. 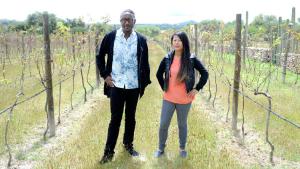 After a quick shop, prep was under way. Mei seemed to stick with her roots while Gregory seemed to be embracing the new culture and planned a Mexican inspired menu. The chefs were going head to head on the first few course. They both choose to cook octopus for the first course and served a soup like meal for the second. For the third and fourth course they both ventured off on their own tracks.

Mei served the diners first. Her menu looked very fluid and delicious. Her first course was octopus with fish sauce vinaigrette served with an avocado-coconut puree, and finished off with mint and cilantro. Her next course she traveled back to her roots with a Mexican flare. She made congee, which was also the first dish she cooked on the show to give her the first win. It was served with a scallion puree, a homemade hot sauce, and finished off with some peanuts and an egg yolk. Her third course stood on thin ice with the judges. She served a duck course with a braised lettuce, kimchi buttered jicama, and a huitlacoche puree. This was the perfect chance for her to blend the Asian and Mexican flavors together but she came up short. The duck fat rendered incorrectly and left the judges unsatisfied. Luckily for Mei, her final course would be the most outstanding of the night. She took a bold step and served dessert. She created a modern yogurt bowl that was simple yet complex. The yogurt bowl consisted of a strawberry lime curd with a toasted yogurt, a milk crumble with bee pollen and a yogurt-lime ice. The judges left Mei’s dinner on a very high note. 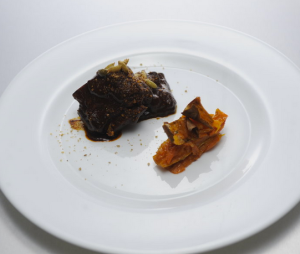 Next the judges sat down to see what Gregory had in store. He went the Mexican route on this challenge. For his first course he out did Mei with the octopus. He served a prickly pear octopus with xoconostle, passionfruit, and fresh cashew milk. The judges were wowed by the big flavors. For his second course, he served a Mexican style gumbo. The dish was a shrimp broth with green chorizo, pickled cacti, and crispy shrimp heads. The judges did not like the shrimp heads allowing Mei the edge on the second course. For the third course, Gregory served fish. The fish however was the worst dish of the night. Gregory made a mistake while making the carrot sauce that was served with the fish. He left out the sugar and when he tried to fix it, it left an over-sweet taste in the judge’s mouths. Gregory was able to redeem himself with his final course. He served a true Mexican mole over short ribs. The judges loved the complicated dish and it was worth the risks. Now it was time for them to make a decision.

The ball was really in anyones court. Mei served a more complete meal taking a risk and serving dessert. However, Gregory was able to incorporate a full Mexican menu taking a huge risk to show of his versatility in cuisines.

In the end, Mei was able to take the title of Top Chef! She took down 15 other chefs for the title that was VERY well deserved. Congrats to Mei on being the winner of Top Chef!