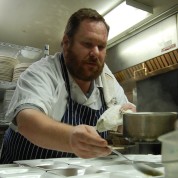 Reality TV and cooking probably make for the best mashup on television. Enter: Top Chef! The show is back again with a crazy and unpredictable season taking place in Boston. The first episode of the season, which aired last Wednesday, October 15th, gave some insight to the insane season we are about to take part in. … END_OF_DOCUMENT_TOKEN_TO_BE_REPLACED

We’re down to the final eight! The season is living up to the crazy hype and creating unpredictable results. At the beginning of the season if you had asked me if this would be the current top eight, I would have said definitely no. The rankings that I predicted here, are certainly different now!

It’s that time again! Restaurant Wars, a Top Chef favorite. If you survive Restaurant Wars, you belong with the Top Chef elites. This years challenge did not let down either. It was the classic tale of a dream team that could only get better up against a team that was plummeting towards the ground. Let’s take a … END_OF_DOCUMENT_TOKEN_TO_BE_REPLACED

Top Chef is always known for its share of twist and turns. Sometimes contestants can be eliminated at a moments notice. Contestants can also be welcomed back into the competition simply by winning a cook off. BOTH of these happened on the latest episode of Top Chef, really stirring up the kitchen.

And then there were six. Top Chef is getting down to the grind, leaving the best to compete in the finale. This weeks episode involved classic literature and football, sending the contestants right back to high school.

Starting off with a toast to Katsuji seemed like the perfect way to say hello to Top Chef after its two-week hiatus. With five chefs left, the competition is at an all time high. For the Quick Fire Challenge, the chefs were taken back to their college roots. We are introduced to Andy Cohen and his college roommate and … END_OF_DOCUMENT_TOKEN_TO_BE_REPLACED 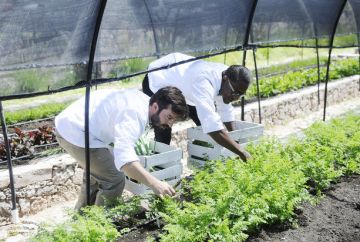 Top Chef Boston is winding down with only one episode left! Three chefs remained to battle it out in this week’s episode “Holy Escamoly!” The remaining chefs returned for the three-part finale in Mexico. With only a few challenges left, the chefs have to be on their best game ever. Every detail counts and even a great dish … END_OF_DOCUMENT_TOKEN_TO_BE_REPLACED

After 30 plus challenges, 14 eliminations, and two cities later the Top Chef finale finally arrived. In the last episode, “Mano a Mano,” we watched Mei and Gregory battle it out for the coveted title of Top Chef. Gregory and Mei have been the top two contenders throughout the entire competition. Coming into the finale, Gregory had … END_OF_DOCUMENT_TOKEN_TO_BE_REPLACED