After a short hiatus for the holidays Top Chef is back! During this week’s set of challenges, the chefs were forced to embrace their inner romance. 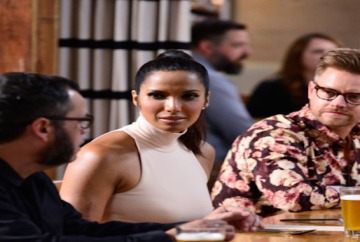 This week in Top Chef we picked up right where we left off: still disagreeing over the whole potato disaster… Phillip was attempting to convince the other chefs that his decision was valid to cook the potatoes with a “gummy” texture. However, the other chefs were not so convinced. Kwame was the only voice of … END_OF_DOCUMENT_TOKEN_TO_BE_REPLACED 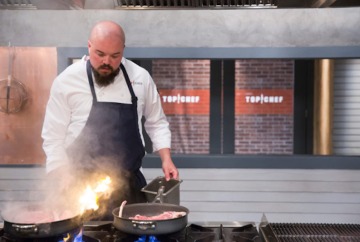 Top Chef headed back to Los Angeles for the 10 year celebration! The chefs were thrilled to come back to a familiar kitchen, some even called it “home.” The chefs shared that the whole traveling back and forth was annoying, but hey, it makes for some good road trip stories.

The wait is finally over and Top Chef is back! To celebrate the 10th year of the show and the 13th season the chefs are going on a Golden State anniversary tour!

Let the culinary road trip commence! This week on Top Chef the cheftestants found themselves in the middle of the Palm Springs dessert. Jason was particularly excited to be in Palm Springs, or as he refers to it: the gay mecca. According to Jason, Palm Springs is the place to come sip white wine spritzers and … END_OF_DOCUMENT_TOKEN_TO_BE_REPLACED

Goood morning, Top Chef! The two-night season premiere continued on last night, proving that this season is bringing the heat. Bright and early the chefs were greeted by Ludo Lefebvre, the new world French chef who calls himself,  the “Impresario of Pop-Up Dining.” From here you could only guess where this challenge was going.

After sizing up the cooking scene in LA the chefs are headed to Santa Barbara. Everyone seemed pretty pumped about the road trip, excited to see whats in store when they head up north.